Gigantic is a three-dimensional multiplayer online battle arena game boasting of unique cartoony art style as well as brightly colored graphics. If you are looking for a match featuring a third-person camera as well as action-oriented combat where abilities are individually aimed, then look no further than the MOBA’s Gigantic.

Just like the Smite, Gigantic online game is purely 3D unveiling amazing cartoon-like features in an action-oriented gameplay. Unlike typical MOBAs, Gigantic has a unique map design with stunning emphasis on objective capture and control. When playing the above game, players are required to make tactical and strategic decisions throughout the match with the aim of destroying the enemies or opposing team’s Guardian, which plays a critical role in battle by fighting. Overall, the game looks like a comprehensive blend between Team Fortress II and Strife. 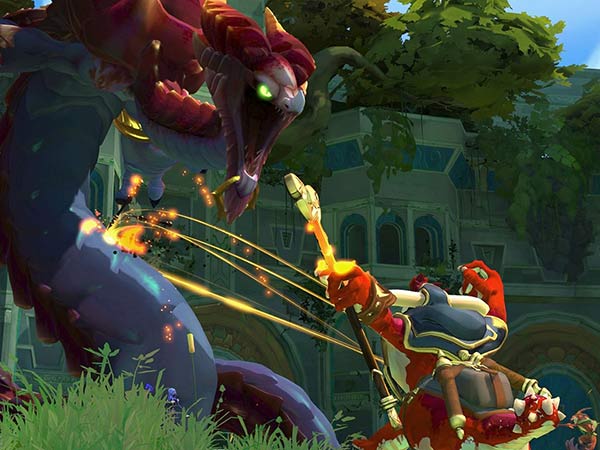 Gigantic is Motiga’s first foray into the multiplayer online battle arena genre, pitting teams of online gamers against each other while providing some fascinating twists to the standard formula. At several instances during the contest, each team’s guardian will activate a five-story-behemoth and rampage across the battlefield or arena war-zone, each unleashing its massive potentials to devastate the opposing team or enemy and take down their guardian.

There is no doubt that the Gigantic has a little of everything; starting from the MOBA-style gameplay presenting stunning in-game leveling, strategic advances, capture points, first-person shooter controls for varied characters, and of course, giant boss battles going head on against enemy guardian similar to the PvE encounters.

As far as Gigantic’s characters are concerned, the game unleashes players/characters that represent a varied mix of play styles and personalities. In other words, everyone should be in a position to find something likable! During the gameplay, characters advance their tactical and strategic abilities alongside set ability trees, which allow gamers to customize their play styles and be in a better position to match their character’s strength to their skills. 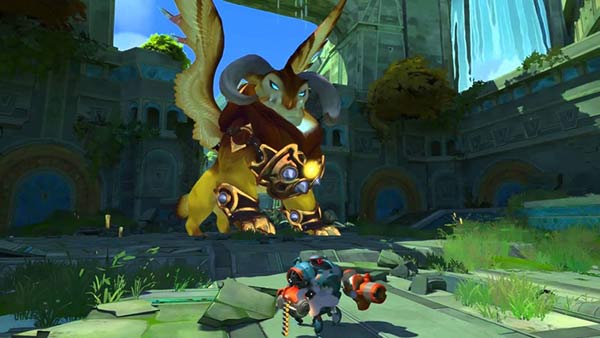 The tutorial brings players into the arena

Unlike many other MOBA games, where you take an immense amount of time learning how to play the game in question, developer/publisher of Gigantic seems to be aware of the challenges facing other games in the genre. In other words, learning to play the above game takes the least time possible because everything appears simple and straightforward.

Besides that, after loading the game on the play-screen, what follows is a simple, comprehensive tutorial talking the entire Gigantic gameplay in less than half an hour. Personally, I started the tutorial off playing with the strategic Tactical Shooter, Beckett, which I found out to be cool!

The tutorial brings players into the arena, where you are going to see an awesome airship. Once you’re on the ship, there is no other business apart from battling against the opposing guardian. The map in the Gigantic Game is pretty unique; you see valleys with little cave-like structures in the middle, and the giant bosses are out on either end keeping an eye on the structures.

There is no doubt that the Gigantic has a little of everything; starting from the MOBA-style gameplay presenting stunning in-game leveling, strategic advances, capture points, first-person shooter controls for varied characters, and of course, giant boss battles going head on against enemy guardian similar to the PvE encounters. The Gigantic game is truly incredible. I highly recommend you try it today and unleash its hidden experience. There is no doubt that after completing the tutorial, you will want play more and more.