Heroes of the Storm Game Review

Heroes of the Storm walks away with the best part of existing MOBAs, adds plentiful of new mechanics, and throws in an identifiable cast of Blizzard characters to make an insanely fun, exciting, and addicting PC arena brawler. Typically, there are those online games you do not have time for, or you do not bother to know whether they exist on the market or not and there are those you have enough time for.

Then there is the kind of game Blizzard makes, which I can say, it becomes a routine. For instance, Millions of World Warcraft players (present and past) could speak for hours and hours of their travels in Azeroth. Well, another recent MOBA game that is madly gaining fame among online gamers is none other than Heroes of the Storm.

There is no doubt that it has become the talk of the day among many players, although it was launched recently. It is observed that a lot of online games feel brilliant for a one or two weeks, and then afterward, you will never touch them again, but this is not the case with the above MOBA game. You cannot stop playing Heroes of the Storm even after a decade of years! 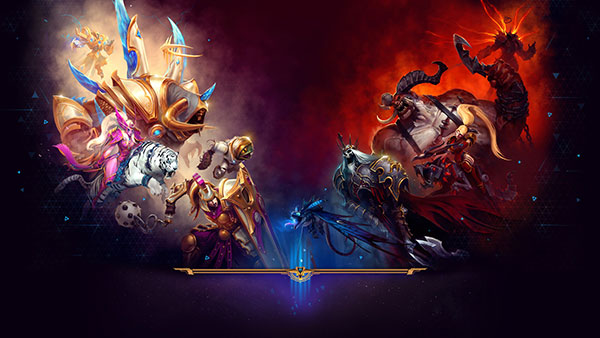 Heroes of the Storm Features

Heroes of the Storm (commonly known as HotS) is a multiplayer online battle arena video game designed and published by Blizzard Entertainment for OS X and Microsoft Windows. It is a 3-D hero brawler game set in the entire Blizzard universe. The game features heroes emanating from Blizzard’s franchises including Diablo, The Lost Vikings, Overwatch, StarCraft, and Warcraft. The game uses both premium and free-to-play models, and it is supported by micropayments, which can be used to buy heroes, mounts, and visual alterations for the heroes in the game.

Something that is worth nothing is that Blizzard does not consider the above game to be in the MOBA or action RTS genre, but they urge that the game unleashes something completely different with a broader play-style; so they refer to it as an online hero brawler. When Heroes of the Storm cuts into your Counter-Striking and Monster Hunting, it is time to pay attention. Before I lead you to higher-level design of the above online game, it is worth pausing over how good Blizzard is at the fundamental elements of a competitive online game.

Here, the heroes are beefy three-dimensional models that, pirouetted through lashing out with buttons and clicks, positively slam into heroes and enemy minions. Even the basic attacks in the Heroes of the Storm game have a hefty distinct from whatever the current stats are, along with many visual flourishes and booming bespoke sound effects. The game controls are incredibly simple. Currently, there are 54 heroes in the game

As far as the Heroes of the Storm’s gameplay is concerned, the game revolves around online 5v5 matches. Players can choose from at least three modes, which include playing against/with computer controlled heroes or other online players. When the match starts for the first time, players may play with six heroes provided by the free hero rotation.

Currently, there are 54 heroes in the game divided into four separate roles: Warrior (bruiser and damage absorber), Specialist (summoner, siege, and commander), Support (combat augmenter and healer), and Assassin (carry and damage dealer). There are at least ten lanes in the maps of the above game.

To win experience points, you have to kill heroes and destroy units belonging to the opposing sites. Talent points are an aspect visualized in the Heroes of the Storm game, which allows players to empower or customize their hero’s abilities. Players can as well mount different animals, such as unicorns, lizards, or horses, to increase their movement speeds.

There is no doubt that Heroes of the Storm game is a hero in the MOBA genre. Of all the MOBA games I have played, there is none that beats the above game, whether regarding gameplay, the level of sophistication, and the experience in general.