Fun for Free with games

Have a ball with x game boxes

The nature of the internet and o …

The Rise of League Of Legends as …

Heroes of the Storm vs. League o …

History of League of Legends

League of Legends is one of the  …

Heroes of the Storm game is a he …

Dota II -an exciting and satisfy …

League of Legends (LoL) has been a smash hit in the gaming scene since it was launched in 2009. LoL’s success has mostly been thanks to the infamous Riot Games marketing strategies. While non-competitive matches have always existed, the gameplay of LoL has attracted gamers with a competitive mindset thanks to the heavy combination of skills and strategizing needed to win games.

How Did LoL Get So Big?

League of Legends attracted a majority of its players by being a free-to-play online game. Couple this with the fact that you can easily add and team up with friends and the downloads are easy to sell. To make the game even more enticing the matches can be relatively short making it the perfect game to play for a few hours before bed. Since League was one of the first games of its time, it even pulled in gamers who were just looking for a different type of gameplay.

League of Legends kept itself growing by offering constant updates with new characters to try out and unlockable skins. This enticed players to keep coming back to try out the newest content. Riot also opened a store so that more dedicated players could buy exclusive gear and unlock champions fast.

Once the game had a massive competitive player base, the first tournament was held in 2011. The first prize was $50,000 in case. Teams from all over the world competed for the cash award and every year since LoL tournaments have popped up all over the world with bigger and better cash payouts for its players.

There have now been over 2,000 LoL tournaments with over $70,000,000 in cash awarded out between the winners. Last year the cash payout for the world championship was a staggering $6,450,000 for the winning team. Lee, Sang Hyok is currently the top-ranking player and has earned $1,228,281.90 during his career.

How Much Can You Earn Playing League of Legends?

If you’re thinking of taking up League of Legends, then you probably don’t expect to be taking home a $6,000,000 check your first few years. If you have the skill and can find a good team, you have a chance at competing in and winning smaller tournaments. If you really get into playing and compete in as many tournaments as you can, you could easily earn some extra money.

From small $100 payouts to the mini-tournaments that award the winning team $15,000, you can make real money playing LoL. All it takes is patience, practice, connecting with other players, and watching the pros to learn new tricks. Some of the top players in Esports have come on the scene from seemingly nowhere and won big. 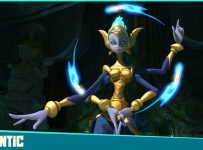